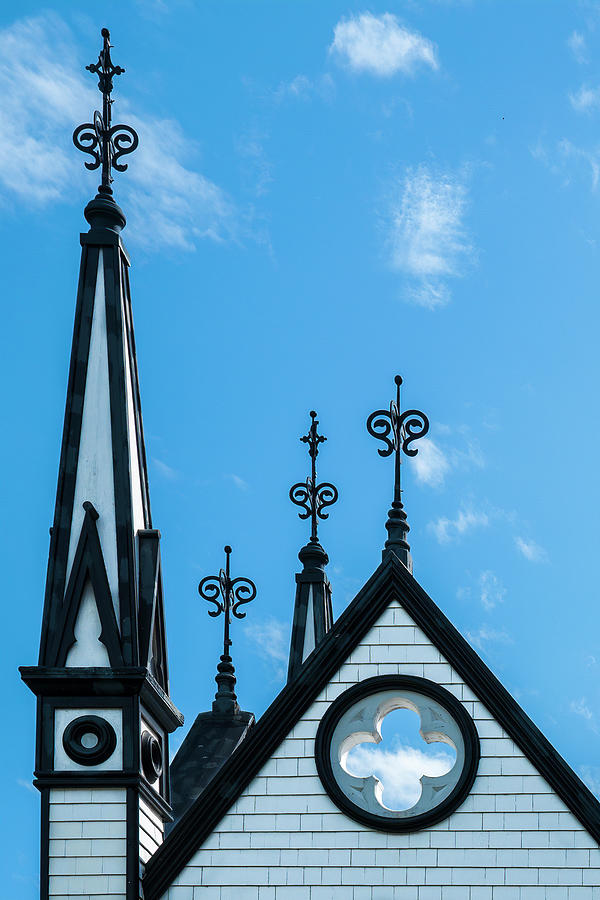 Recipient of 5 features from FAA Groups --- St. John's Anglican Church was the first church established in Lunenburg, Nova Scotia, Canada (1754). It was the second Church of England built in Nova Scotia, and was the second oldest remaining Protestant church in present-day Canada until Halloween night, 2001, when St. John's church was destroyed by fire. It has since been rebuilt. St. John's Church was built during the French and Indian War, using the wood salvaged from an older disassembled church building. When King's Chapel in Boston, Massachusetts, was expanded, its new stone structure was built around its original wooden church, which continued to be used. Then, when that new stone building was completed in 1754, King's Chapel's old wooden frame was disassembled from inside, removed through the new building's windows, and shipped to Lunenburg to use in construction of St John's Anglican. Lunenberg is a UNESCO whaling village.
FEATURED IN:
--What's New 6/22/19
--Best of Minimalism 7/7/19
--New FAA Uploads Group 7/28/19
--Churches 02/22/2020
--Red maple Gallery 11/14/2020

Congratulations! This simple and essential image has been selected by group members as a Featured Image in the Best of Minimalism group.

An incredibly beautiful work of art, Ginger... masterful composition and glorious color. A POD from me in the Best of Minimalism group. f/l

Very nice, Ginger! Well composed and balanced. One of my PODs for July 6 in the Best of Minimalism group.

Appreciate your comment Rick. There are SO many super images in our Minimalist group.

Wonderfully composed photo! My pod for the Best of Minimalism group.

Thanks for your comment Diana. I really enjoy the minimalist photos in our group!

Superb use of space and lines in this photo! One of my PODs for BOM!

Thank you Maxwell - you would love the interior as well. Ceiling covered in stars for the mariners.

I know that church and love this!

Then you know how unique it is - thanks for you comment.

The church is unusual, inside and out - thanks.