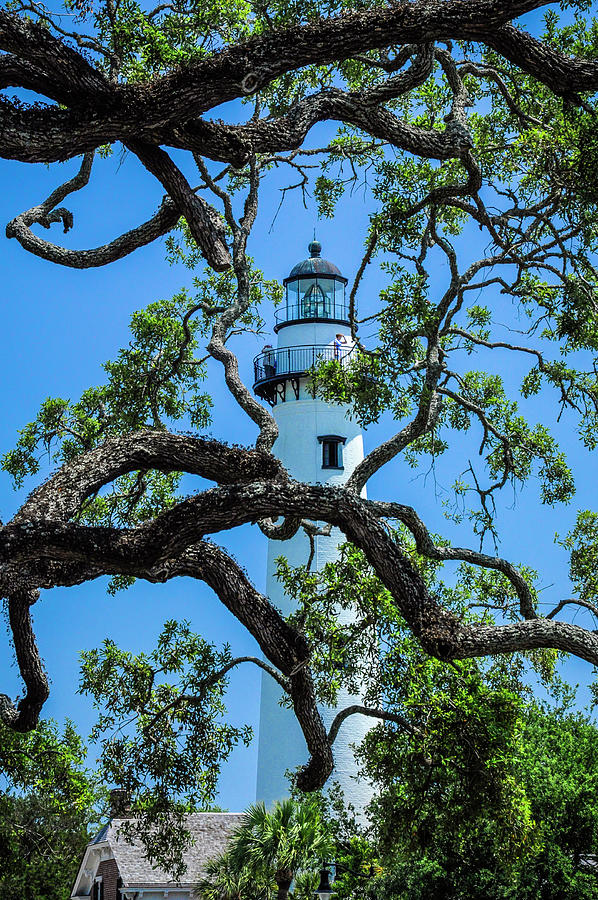 The St. Simons Island Light is a lighthouse on the southern tip of St. Simons Island, Georgia, USA. It guides ships into St. Simons Sound and warns of the many sandbars in the area. The original St. Simons Island lighthouse, which was built in 1810, was a 75-foot-tall early federal octagonal lighthouse topped by a 10-foot oil-burning lamp. During the American Civil War, U.S. military forces employed a Naval blockade of the coast. An invasion by Union troops in 1862 forced Confederate soldiers to abandon the area. The retreating troops destroyed the lighthouse to prevent it from being an aid to the navigation of Union warships. The current structure was built in 1872.
FEATURED IN:
--Camera Art 5/29/19

Love how you framed this Ginger! l/f